Now known as the BMW SA Open Championship, it is South Africa’s oldest golf tournament and the world’s second oldest Open Championship. The 106th Championship takes place every year at The Glendower Golf Club. This year it was hosted by the City of Ekurhuleni.

We received our Media Accreditation the day before and were ready for an early start the following morning. This year like many before, The Glendower Course was in top form and awaiting the crowds. Our first shots were of the Glendower Club House. The sun had just come up and the greens were looking very inviting.

Having some knowledge of golf helped us with photographing the golf championship. The first players tee’d off at 6:30am. We managed to get some of the first shots.

Here you can see see Thomas Aiken taking his 1st shot. In the background teeing off after him is Ernie Els and Andy Sullivan.

The defending champion, Brandon Stone had allot to contend with. The 1st round ended off with Trevor Fisher and Keith Horne on six under. One of the favourites, world number 2, Rory McIlroy just behind by one shot. I suppose having a little bit of knowledge when it comes to golf helped. 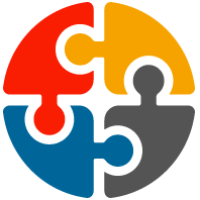